Tabletop Game / Back to the Future 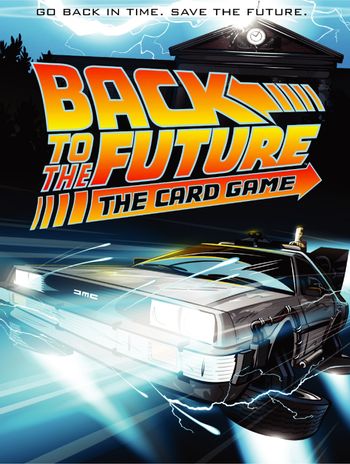 In the fall of 2010, Looney Labs produced a card game based on the Back to the Future series. It is, essentially, a slightly-simplified version of their Chrononauts time-travel card game. The players are alternate-timeline descendants of various characters from the movies — who need to change time to make 'their' universes the real one, before stopping Doc Brown from inventing time travel in the first place and thus preventing anyone changing history again. Yes, you need to use time travel to stop time travel from being discovered. Roll with it. Adding to the confusion is that Verne Brown, who exists because of time travel, is a playable character. The other characters include Martin McFly III, Jules McFly, Electra McFly, Clara Wilson, Marlin Berry, Tiffany Tannen, Buffy Tannen, Darlene Needles, and Clay Strickland.