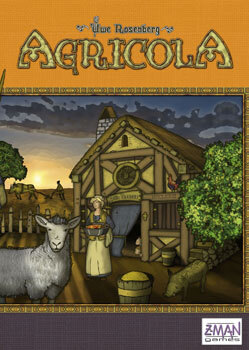 Agricola is a Euro Game by Uwe Rosenberg, in which the players take on the role of pre-industrial farmers. (For those of you who speak Latin, this should not be surprising.) Players use their family members to take various actions to build up their farm:
Advertisement:
Advertisement:

This board game contains examples of the following tropes: