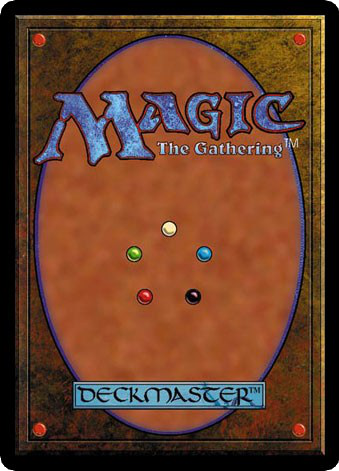 The standard Magic card back. Its design is meant to resemble the cover of a Spell Book.
"You are a planeswalker..."

Magic: The Gathering is a Collectible Card Game, produced in 1993 by Wizards of the Coast (eventually the owners of that other great geek game, Dungeons & Dragons). It was the first true Collectible Card Game,note previous attempts mostly involved baseball cards the Genre Popularizer, and even today it is one of the most popular card games in the world.

In June 2019, it was announced that Joe and Anthony Russo of Avengers: Endgame fame would create a Netflix original series