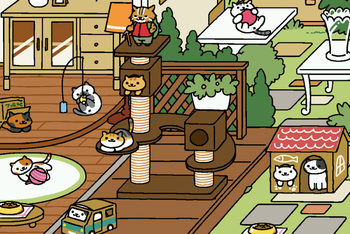 Just another day of watching Cute Kittens stop by the yard.note And yes, that's a hiking bobcat at the top of the scratching-post city. His name is Bob the Cat.
Advertisement: