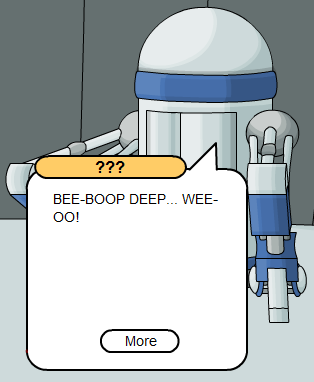 ◊.
Arty Dedeux: You could be my HERALD, in fact! I could design you a special golden surfboard for you to fly through the cosmos on, and--
Player: Great! I'll be back soon to get that surfboard!
— "Gravity Anomaly" quest

WarpForce, being made by Artix Entertainment, has many, many Shout-Outs to other works, although unlike the others (well, maybe apart from MechQuest), most of its references tend to be Science Fiction related.

This game provides the following Shout-Outs: