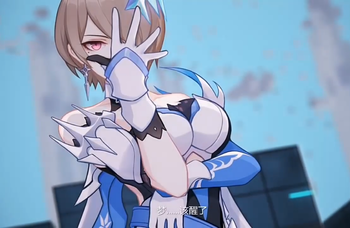 And before you ask, yes! This IS a Jojo reference!

Being Reference Overdosed, Honkai Impact 3rd has a plethora of pop culture references to various anime and video games.