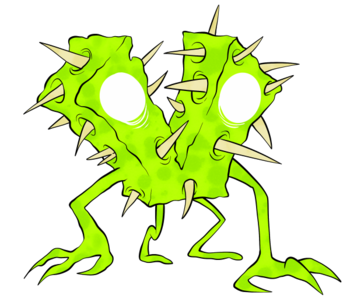 Oh, who lives in a morgue under the Hospital? SpongeSlob SpikePants!
Advertisement:

Awful Hospital is stuffed like a turkey with little and/or big nods and references to other works of fiction and/or Bogleech's, said references sometimes slipped in subtly.