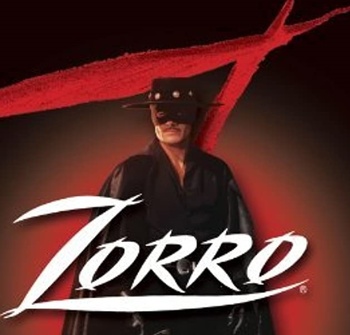 Zorro (also known as The New Zorro and New World Zorro) is a 4-season swashbuckler series starring Duncan Regehr as the eponymous character. It aired on The Family Channel (an early version of what eventually became ABC Family, later rebranded as Freeform) from 1990 to 1993 for a total of 88 episodes, which was ten more than the 1950s Guy Williams Zorro series.

In early 19th-century Spanish California, when the commandant of Los Angeles Alcalde Luis Ramone terrorizes the people of the pueblo and oppresses them, Don Alejandro de la Vega summons home from Spain his son Diego to fight the alcalde and his men. When Diego arrives, he finds his town in a sorry state, and while pretending to have little interest in anything but books and his experiments, he creates the Secret Identity of Zorro. With his mute servant, the teenage Felipe, Diego starts battling the alcalde's tyranny.

Since 2011, the series airs in the United States on Retro Television Network as The New Zorro. Sony Pictures Television is the distributor for this version.

The series has a character sheet.