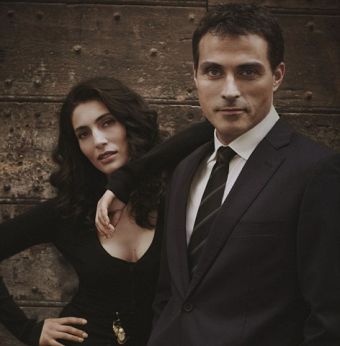 A BBC detective series which began in January 2011, starring Rufus Sewell and Caterina Murino. Adapted from the series of detective novels by Michael Dibdin. Scenes were all shot throughout Italy, but the dialogue was done in English.
Advertisement:

Aurelio Zen, detective in the city of Rome, has a bad habit of being honest (which is somewhat of a rarity amongst Italian policemen) and sometimes digging too deep into the cases that otherwise should have been quietly closed and buried. Having such a reputation attracted a few men in power who wish to use him and his talents in covering up cases requiring... subtlety.

BBC axed the series after 3 episodes, citing an over-saturated market for cop shows.