Series / Youth With You Season 2 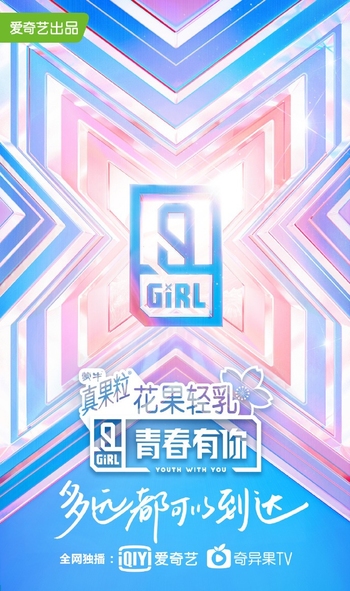 Youth With You Season 2, also known as Qing Chun You Ni 2, is the third season of the iQiyi Idol Producer Chinese competition reality television series following Idol Producer in 2018 and Youth With You in 2019. It features 109 aspiring female idol trainees from various talent companies competing in a series of performances to win the votes of national and international viewers.
Advertisement:

It is hosted by Cai Xukun, winner of Idol Producer and former leader of the boy group Nine Percent. The mentors for the show are as follows:

Tropes appearing in Youth With You Season 2: