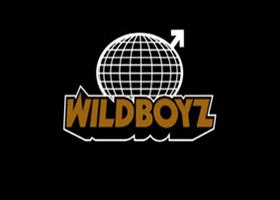 "Science, or adult entertainment? You be the judge."
"So much to see, so little to learn!"
— Steve-O
Wildboyz is a spin-off to MTV's hit TV-show Jackass, featuring Chris Pontius and Steve-O travelling through various exotic (and some not-so-exotic) locations while performing dangerous stunts and interacting with the local wildlife and cultures. Along the way they are joined by other familiar cast members, such as Manny Puig, Wee-Man, and Johnny Knoxville. The series was directed by Jeff Tremaine and combined its parent show's characteristic antics, stunts, and crude humor with documentary-style narration.
Advertisement:

The show lasted from 2003 to 2006 and has 4 seasons. The show ended after Johnny Knoxville joined the gang on their trip to Russia, and his willingness to go above and beyond convinced the crew to make a second Jackass movie.