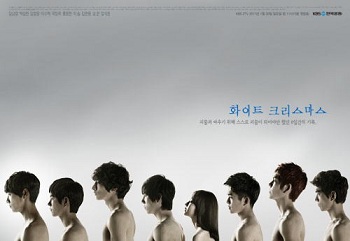 "Are monsters born? Or are they made?"

Susin High is an extremely exclusive and prestigious private Boarding School, open to only the top 0.1% of the nation's students and secluded in the snowy mountains, far away from civilization. Most of its students consider the stringent school to be more like a prison and the eight days of Christmas break (the only time they are allowed away from their studies) their only chance to escape all year. This year however, seven students choose to stay at Susin during the break, chaperoned by the P.E teacher Yoon Jong Il. They are:

On Christmas Eve, the psychologist Kim Yo Han gets into a car accident on the icy roads near the school and the students take him in. He soon discovers that all is not as it seems: the students have each received a mysterious letter accusing them of committing specific sins and containing an ominous warning about the end of the break. As they try to find out who sent these letters and why, the students are thrown into a dangerous fight against a psychotic killer, their own inner demons and even each other. How many of them can survive these eight days with both their lives and their sanity?