Series / What Not to Wear 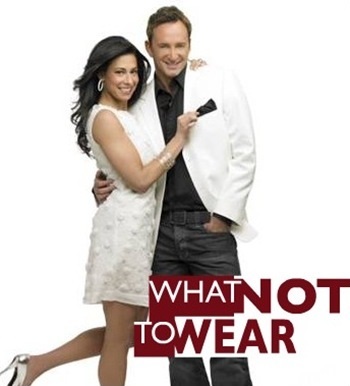 What Not to Wear was a reality TV show in the U.S. based on a cancelled U.K. TV show. Hosts Stacy London and Clinton Kelly ambushed badly-dressed people in public places, and informed them that friends and family think they have terrible style. Hilarity Ensues, and eventually the person is revealed to be Beautiful All Along, after a few style tips and a haircut. It premiered in 2003. It was announced in March 2013 that the 10th season would be its last and the finale aired in October.