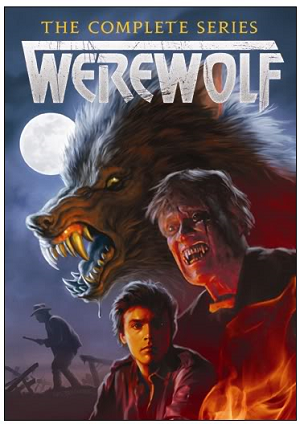 Werewolf was part of the original line-up of the brand-new fourth network, FOX, in 1987-1988. It followed a format similar to The Fugitive or The Incredible Hulk (1977), with werewolf victim Eric Cord being chased by a bounty hunter who knows what he is, with himself pursuing the evil werewolf Janos Skorzeny (Chuck Connors, in his final TV role) whose death may free him from the curse.

The show lasted for 29 episodes before being cancelled.