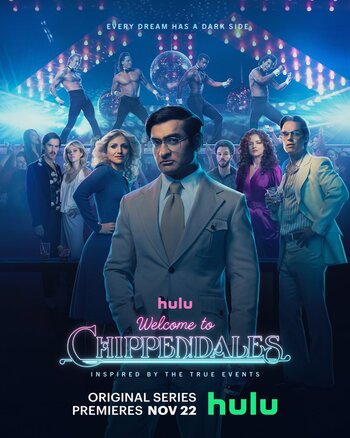 Living the American Dream can become a real nightmare.
Advertisement:

Nanjiani stars as Somen “Steve” Banerjee, the founder of the Chippendales dancing troupe. The series follows him through the creation of the troupe and his conflict with choreographer Nick De Noia over the group, leading to De Noia’s murder. The miniseries premiered on Hulu on November 22, 2022, and now all eight episodes are available for streaming.

Welcome to Chippendales features examples of the following: