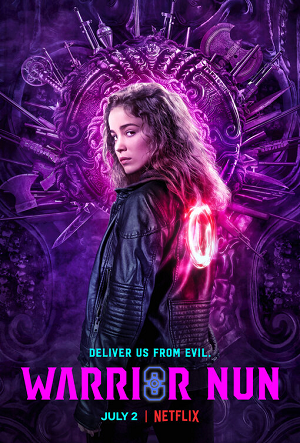 Warrior Nun is a Netflix series that is based on the comic book Warrior Nun Areala. During a terrible battle in a morgue between warrior nuns and demon-haunted mercenaries, dead nineteen year old quadriplegic girl Ava is implanted with a mystical halo. She quickly finds herself Back from the Dead and fighting for her life, before escaping into the Spanish streets.

Confused by what's happening to her, she has to juggle whether to grasp the opportunity to be a normal teen or become the Warrior Nun, a leader of the forces for good in the ancient battle between Heaven Versus Hell.

In August 2020, the series was renewed for a second season.