Series / Valley of the T-Rex 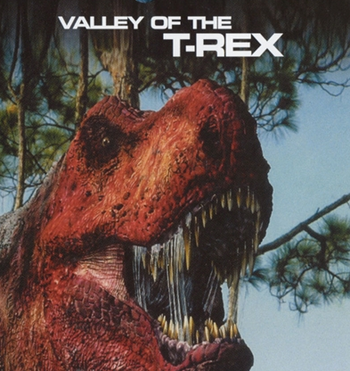 Valley of the T-Rex is a 2001 Discovery Channel TV Documentary in which renowned paleontologist (and notorious T. rex hater) Jack Horner discusses his theories about the eponymous animal's supposedly carnivorous nature. He presents fact after fact that allegedly proves that the "King of Dinosaurs" was nothing more than a mere sluggish scavenger, and an ugly one at that, much to the contrary of popular belief.
Advertisement:

The program has received major criticism due to Horner's negligence to take note of any evidence that might confirm the opposite of his theories and the arguments he uses for why Tyrannosaurus was a pure scavenger don't hold up to scrutiny.