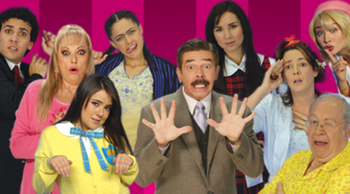 The plot develops inside an apartment in Mexico City. It's about a string of problems derivate from space shortage, economic trouble, and the humor and genius of each one of the characters.

Una familia de diez has examples of the following tropes: