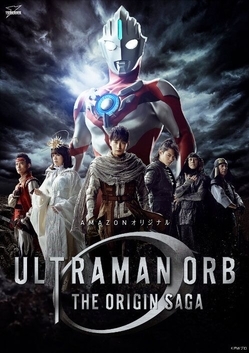 In Prime, its Ultra.
Advertisement:

Ultraman Orb: The Origin Saga is an Amazon Prime-exclusive spinoff of the main Ultraman Orb entry in the long-running Ultra Series.

The series tells of Gai Kurenai and Jugglus Juggler's adventures as young warriors hailing from Planet O-50 battling the evil wizard Psychi and his army of Bezelb monsters.