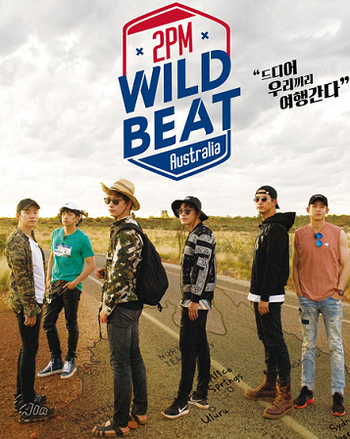 Popular Korean boy band 2PM has never gone out on an overseas trip before (not even a local vacation) with all six members, so the Reality Show 2PM Wild Beat (2017) is here to give them the vacation they want! Uluru, Australia, here we go!

However, all good things come with a price, and unfortunately for them, the price is literally money: the group has to earn $1000 Australian dollars per person for a flight to Uluru. Not a problem, considering the money that must come from being an Idol Singer... right? Popular Korean boy band 2PM has also never experienced working part-time jobs before, so they have to earn their money the hard way by working in the streets of Melbourne.