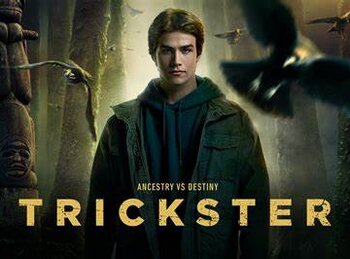 It's tricky being a teen
Advertisement:

Adapted from a series of novels written by Eden Robinson, its first season is six episodes. A second season was already confirmed but then cancelled after it was revealed that Michelle Latimer, the lead executive producer and director of the show had faked her claims to Indigenous ancestry.

Jared (Joel Oulette) is a 17-year-old First Nations kid of the Haisla tribe doing his best to balance school, work, and his responsibilities at home. Normal, everyday life.

That is, until he starts seeing things he can't explain...