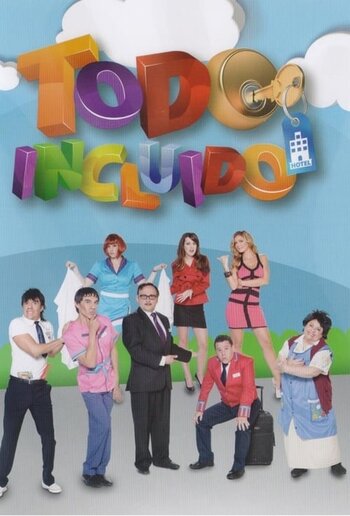 Todo incluido (All Included) also known as Hotel todo incluido (All-Included Hotel) is a 2013 Mexican TV sitcom that aired on Sundays in Canal de las Estrellas at 7:00pm under Guillermo del Bosque's production at day March 3, 2013, next to the Mexican adaptation of Durmiendo Con Mi Jefe, production of Jorge Ortiz De Pinedo. Both series were re-aired by Canal de las Estrellas the past February 29, 2016, now from Mondays to Fridays.

The comedy develops in the prestigious Hotel Boutique TI, property of "El dueño" (The Owner), played by Adrián Uribe. The hotel in question is so exclusive that only Mexican showbiz stars come, in which the celebrities will experiment comical and wacky situations, thanks to the subpar service offered by its singular and charismatic employees.