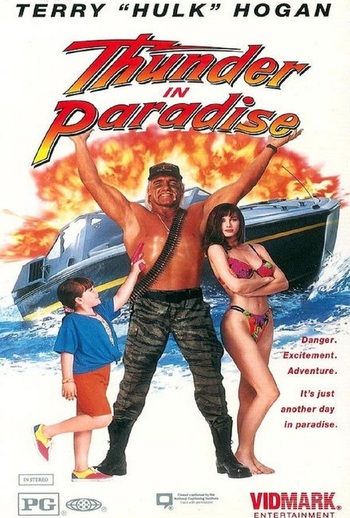 Ex-Navy SEALS Randolph J. "Hurricane" Spencer (played by Hulk Hogan) and Martin "Bru" Brubaker (played by Chris Lemmon, son of Jack Lemmon) use a super-powered transforming powerboat (the CG was just about cool enough for them to use it on the opening titles) to fight crime at sea, Knight Rider style. It worked surprisingly well, really, possibly due to the catchy theme tune.

If you've seen Knight Boat on The Simpsons, you know the concept already.