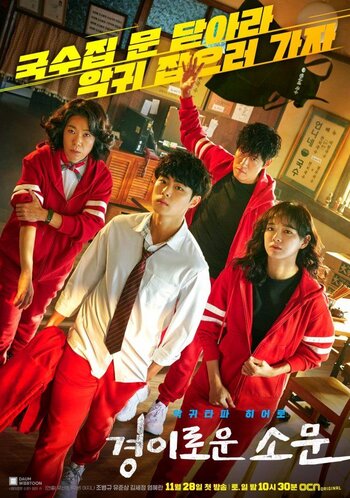 The Uncanny Counter is a Korean Series which is based on the webtoon Amazing Rumor by Jang Yi.

So Mun is an 18-year-old student who was in a car accident that killed his parents and injured his leg seven years ago. His life is relatively normal until he becomes a Counter, a person with special abilities that allow them to hunt down and get rid of evil spirits. While learning the ropes of his newfound powers, he is guided by his Counters Ga Mo-Tak (Joon-Sang Yoo), Chu Mae-Ok (Yeom Hye-ran) and Do Ha-Na (Se-Jeong Kim).

The first season has a total of 16 episodes and aired from 28th November 2020 to 24th January 2021 on Netflix. Netflix later revealed that the show had been renewed for a second season, which is set to release in 2022.