Series / The Truth About Killer Dinosaurs 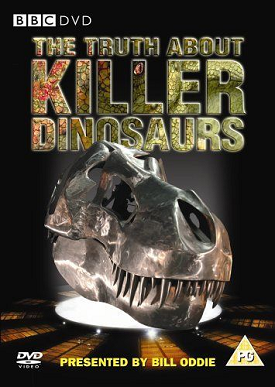 The Truth About Killer Dinosaurs (2005, also known as Dinosaur Face-Off in the US) is a two-part TV Documentary from The BBC. Presenter Bill Oddie and a bunch of scientists and mechanics use science to deduce who would win in a fight between the two main animal characters of each episode:

The program was, in concept and execution, similar to Discovery Channel's Animal Face Off note it was even named Dinosaur Face-Off when it premiered in the US and The History Channel's later Jurassic Fight Club, but with more dinosaurs than the former and more humor.

The program contains examples of: