Series / The Revolution Will Be Televised 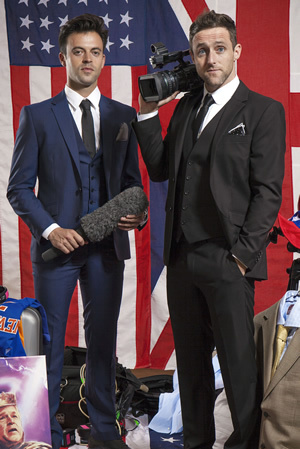 Not to be confused with the similarly titled album, The Revolution Will Be Televised is a British satirical sketch show involving comedians Jolyon Rubinstein and Heydon Prowse playing various characters and interacting with real politicians, businesses and celebrities in order to reveal the injustices of the world.

Whilst mostly confined to British issues the most recent series has seen the two branch out to satirize the issues of the USA and true parallels with those of Britain.

This Show Presents Examples Of: