Series / The Republic of Sarah 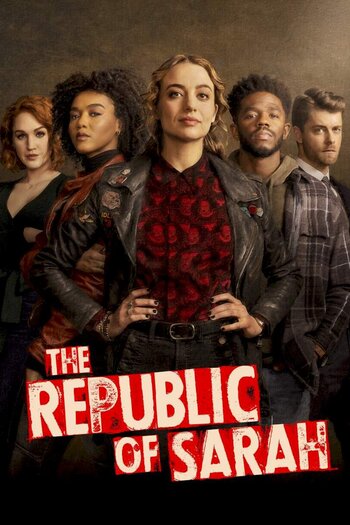 "In us we trust."
— Greylock's national motto
Advertisement:

The Republic of Sarah is a 2021 drama series on The CW, starring Stella Baker and Luke Mitchell.

When coltan is discovered beneath the small New Hampshire town of Greylock, Lydon Industries quickly swoops in, seeking to get their hands on the rare mineral, even if they have to tear the town apart to do it. Hoping to stop them, local schoolteacher Sarah Cooper discovers that Greylock is not technically part of the United States, and therefore leads a movement to declare Greylock its own separate country. This puts her at odds with Lydon, the federal government, and her estranged brother Danny, who left Greylock years ago and now works for Lydon.