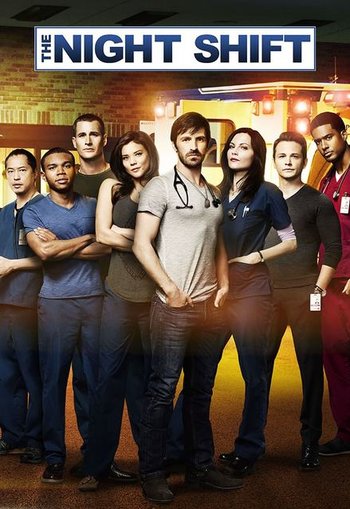 The Night Shift is an American TV show that premiered on NBC in the summer of 2014. Largely panned by critics, particularly for its ridiculous

◊, it nevertheless obtained decent ratings, and returned for a second season in February 2015 and season three premiered in June 2016. The series centers around emergency room staff (many of whom are military veterans) working the night shift at San Antonio Memorial.

The series was canceled in October 13, 2017, after four seasons.