Series / The Night Of 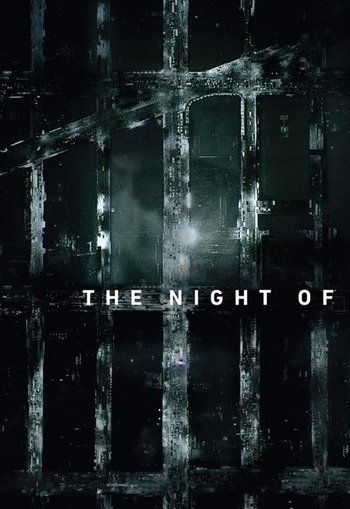 "The truth doesn't help you"
"Even if you can't remember anything, you'd know it, you'd feel it. I'm not a murderer."
—Naz
Advertisement:

The Night Of is a 2016 miniseries produced by HBO and BBC Worldwide, based on the 2008 BBC series Criminal Justice.

The series stars Riz Ahmed as Nasir Khan, a sheltered Pakistani-American college kid who is accused of brutally murdering a young woman he had a one-night stand with. John Turturro co-stars as John Stone, an Ambulance Chaser who jumps at the chance to be his lawyer. Bill Camp, Jeannie Berlin, Payman Maadi,Michael K. Williams and Poorna Jagannathan round out the cast.