Series / The New Legends Of Monkey 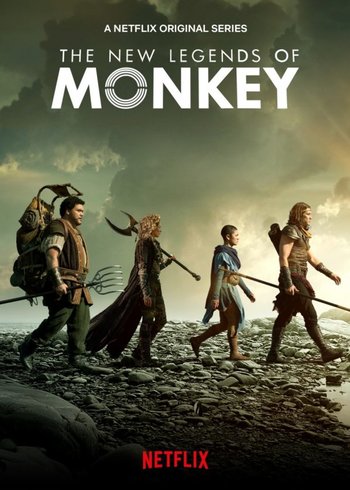 The New Legends of Monkey is an Australian/New Zealand 2018 television series inspired by the Japanese 1970s Live-Action series Monkey, which in turn was based on the 16th century Chinese novel Journey to the West.
Advertisement:

The series follows an orphaned girl who takes the name Tripitaka and disguises herself as a monk in order to free the Monkey King, the mightiest of all the Gods, who was imprisoned in a mountain five hundred years earlier. Together, along with the help of two fellow Gods Pigsy and Sandy, they must journey across a land now ruled by demons in order to collect several lost scrolls of wisdom.