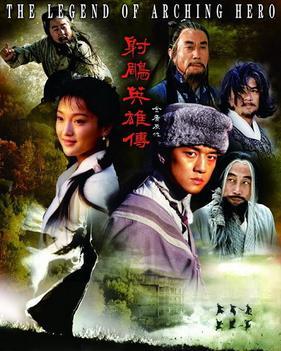 Two pregnant women escape to foreign lands, where their sons grow up to be very different from each other. Guo Jing is slow-witted and talentless, but manages to rise to a prominent position in the martial arts world. Yang Kang is raised as a Jurchen nobleman and plots with the other Jurchen to conquer the Song Empire. Eventually the two men meet each other — and their love interests, Huang Rong and Mu Nian Ci.