Series / The Kennedys After Camelot 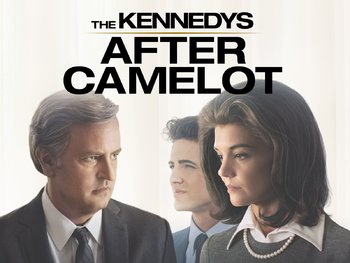 The Kennedys After Camelot is an American Mini Series based on the book After Camelot: A Personal History of the Kennedy Family 1968 to Present by J Randy Taraborreli.

A follow up to The Kennedys, it deals with the Kennedy family struggling to move on from the deaths of John F. Kennedy and Robert F. Kennedy, and the legal troubles of Ted Kennedy.

Marks the return of Katie Holmes as Jackie with Matthew Perry, Alexander Siddig, and Kristen Hager.