Series / The Journey of Allen Strange 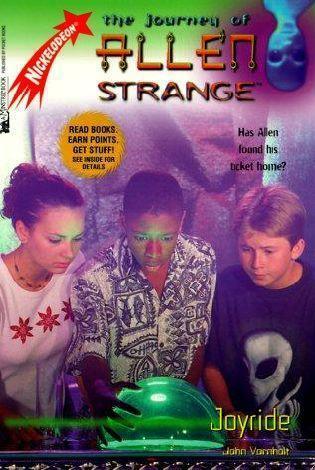 The Journey of Allen Strange ran on Nickelodeon from 1997 to 2000. It is a mostly forgotten science-fiction show about two siblings, Josh (Shane Sweet) and Robbie (Erin J. Dean’, who befriend a young alien (Arjay Smith) stranded on Earth after his spaceship takes off without him. He disguises himself as a human and lives in the attic of the siblings' home. The kids name him Allen Strange and protect him from anyone who would suspect anything as well as his two main pursuers, Shaw (J. Kenneth Campbell), the leader of ARC, an alien-hunting government organization and deranged journalist Phil Berg (Dee Bradley Baker).