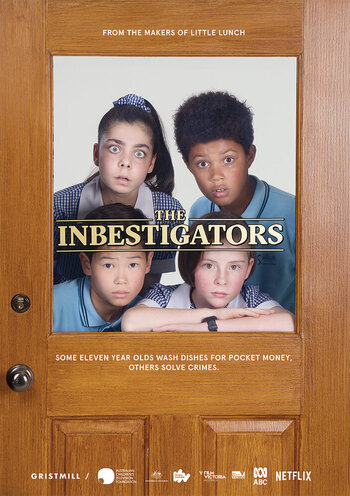 A children’s Kid Com series broadcast on ABC Me and distributed by Netflix outside of Australia and New Zealand. Executive Producers Robyn Butler and Wayne Hope previously wrote the 2015 Australian TV series Little Lunch. Both shows use a mockumentary format.

When Ezra is tasked to look after Maudie, the new kid at school, he discovers her keen observation and puzzle solving skills and proposes forming a detective agency. Together with their fellow 5th grade classmates, athletic Kyle and the always cheerful Ava, the foursome are a pint-sized investigative team who work out of a granny flat (guest house) in Ezra’s backyard.