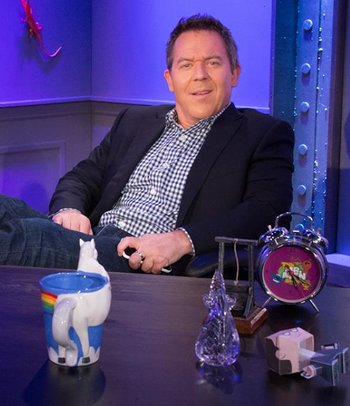 "If you're watching this show, then congratulations, you're not like them, you are one of us."
Advertisement:

The Greg Gutfeld Show is a weekly talk show on Fox News hosted by Greg Gutfeld. The show is co hosted by Tyrus and Kat Timpf and has two guests every week. The show jokes about the news of the week and does not take itself too seriously. The show will usually have a comedian and a more serious commentator as its guests.

Tyrus: You should have got your drivers license 4 or 5 decades ago, you shouldn't be celebrating this.