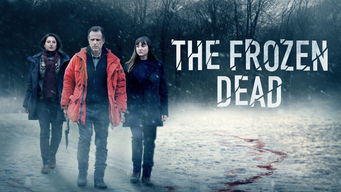 Glacé, also known as The Frozen Dead on international markets, is a French mystery-thriller television series set in the French Pyrenees. The six-episode series is an adaption of the novel of the same name by Bernard Minier.
Advertisement:

The series was an entry at the 18th Festival de la fiction de La Rochelle in September 2016 where it won Best Series. It was first broadcast on 10 January 2017 on the French TV channel M6. It became available for streaming in Australia on SBS On Demand in August 2017 and released worldwide on Netflix starting 1 January 2018.

A horrific discovery in a small town nestled high in the French Pyrenees begins to unravel a dark mystery that has been hidden for years. Commandant Martin Servaz (Charles Berling) starts investigating and soon discovers a dark story of madness and revenge.

Glacé / The Frozen Dead provides examples of the following tropes: