Series / The Confessions of Dorian Gray 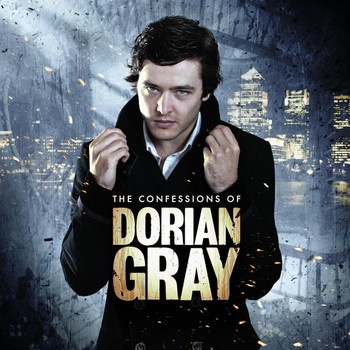 The gilded youth who sold his soul ...
To have written such a book was nothing, to convince the World it was a work of fiction was a triumph.
— Oscar Wilde: from episode one, This World Our Hell.

Started up as an experiment for Big Finish to see how inexpensive, download-only stories would be received (essentially an attempt to draw in more modernised customers) this little series, directed by Scott Handcock, has been generally well-received by both fans and critics. The idea started out when a Bernice Summerfield audio play entitled Shades Of Gray (don't bother making jokes about the title, by now they've all been tried) featured Dorian Gray as played by Alexander Vlahos from the famous novel by Oscar Wilde. As this play was set in the early 27th century, the question was, of course, what happened between then and the 1890s? And so a series was born.

It essentially takes the premise that Dorian Gray was in fact a real person and the inspiration for Oscar Wilde's novel but that, unlike his fictional counterpart, the real Dorian never destroyed the painting and himself in the process. Instead, he went on to live a long and hedonistic life, encountering various supernatural phenomena, travelling the world and sleeping with anything willing (and free of the social conventions of the 19th Century, there is now no doubt about Dorian's tastes). This premise is similar to one attempted during the Doctor Who New Adventures, which was simply done so they could have Sherlock Holmes in a Doctor Who novel.

Tone-wise, it tends to follow a genre of Gothic Horror with romance and the occasional bit of social commentary thrown in. Something else that should be known. Big Finish warns its potential customers that this is unsuitable for younger listeners; considering what it has let go past its own radar a few times this should give you an idea of how adult this can be at times.

The series ended with its fifth season released in October 2016.