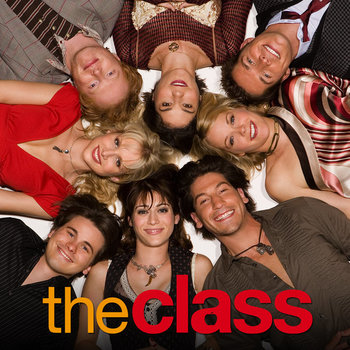 The Class is a short-lived sitcom lasting only one season (nineteen episodes) in which a third-grade class reunites for the surprise twenty-eighth birthday party of one of the classmates, as it marks the twentieth anniversary of his meeting her fiance. However, she dumps him at the party while the rest of the class watches in amusement. Following that party, several of the classmates become friends, and hilarity ensues. Series regulars included Jason Ritter as Ethan, Lizzy Caplan as Kat, Jesse Tyler Ferguson as Richie, Heather Goldenhersh as Lina, Jon Bernthal as Duncan, Andrea Anders as Nicole, and Lucy Punch as Holly Ellenbogen.

Not to be confused with the Doctor Who spin-off Class.