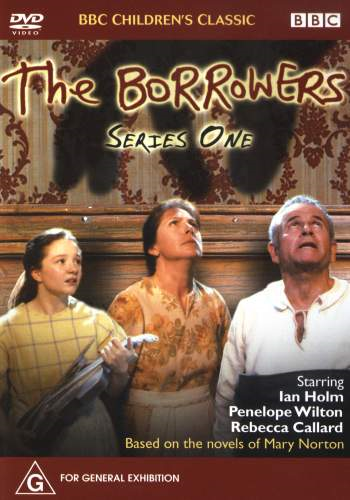 A six-part 1992 BBC miniseries based on Mary Norton's children's book series, The Borrowers, about a race of tiny people known as "Borrowers", who live in the human world and survive by "borrowing" food and everyday items from humans, but try to keep their existence a secret. It starred Ian Holm as Pod Clock, Penelope Wilton as his wife Homily and Rebecca Callard as their spirited daughter Arrietty. It was followed in 1993 by another miniseries, The Return of the Borrowers.