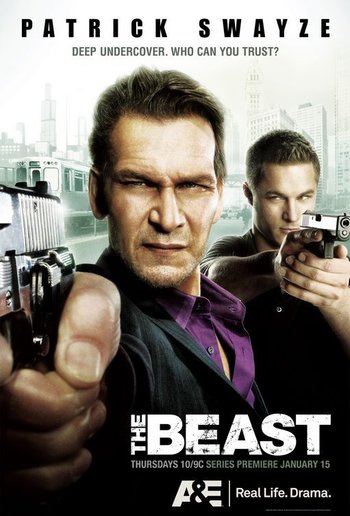 The Beast is an American crime drama starring Patrick Swayze as FBI agent Charles Barker and Travis Fimmel as his rookie partner Ellis Dove. The series, which only ran for one season, aired on A&E Network. It was Swayze's final acting performance before he died from pancreatic cancer in 2009.