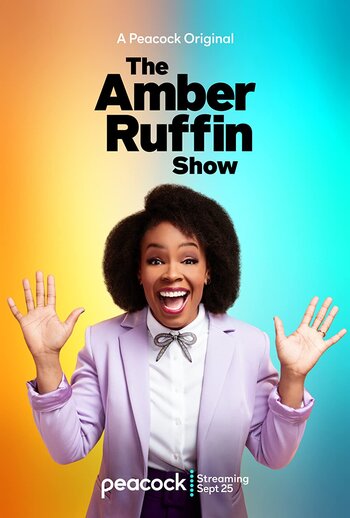 The Amber Ruffin Show is a weekly late-night comedy show hosted by Amber Ruffin and assisted by her friend Tarik Davis. She makes jokes as she covers the news of the week, with a focus on her unique perspective as a black woman. It is in a similar style to shows like Late Night with Seth Meyers, probably because Amber also works for that show as a writer and occasional on-screen talent.

Tropes for the show include: