Series / The Adventures of Timmy the Tooth 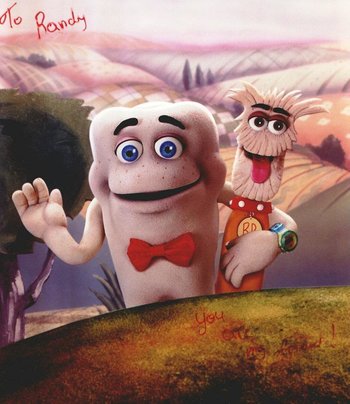 The Adventures of Timmy the Tooth is a 1990s direct-to-video series about a talking tooth and his friends, who all live in Flossmore Valley and have adventures in real life, imagination, and dreams. Also living in Flossmore Valley are the Gingivitis Gang and the duo of the Cavity Goon and Ms. Sweety, who are the series' antagonists. Ten episodes were made in all.