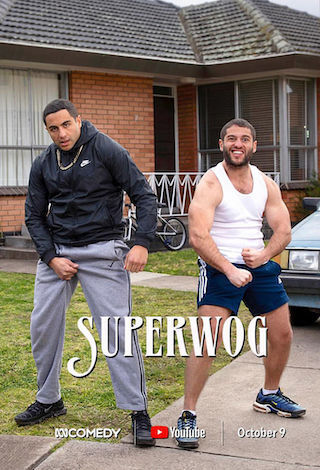 Superwog is an Australian comedy series writen by and starring brothers Theodore and Nathan Saidden.
Advertisement:

Superwog revolves around the misadventures of teenager Theo, his long-suffering mate Johnny and his weird parents.

Originally starting out as a series of Youtube skits in 2008, Superwog soon became a live comedy tour before eventually being greenlit for a television series in 2018. In 2021 Superwog gained a second series.