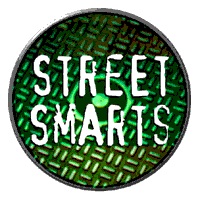 Game Show hosted by comedian Frank Nicotero which ran in syndication from 2000-05. In this show, contestants try to predict whether ordinary people on the street get certain trivia questions right or wrong. The game consisted of four prediction rounds.

Three questions were asked to all three of the "Street Savants", and for each question, one (sometimes two) of the savants got the question right. Correctly predicting which one got it right awarded $100.

Round 2: Who Blew It? (called Pick the Idiot! in the pilot)

Similar to the first round, three questions were asked, except this time each question was only asked to two of the "savants" at a time (one of whom answered correctly) and the contestants have to pick who got it wrong. A correct prediction awarded $200, and this round introduced the "Dunce Cap" (see below).

Both players (starting with the one in the lead, or in the case of a tie, determined by a coin toss backstage) pick a different Savant and have to predict whether they got each of three questions right or wrong. A correct prediction awarded $300, and the Dunce Cap can be used regardless of whether it was used in Round 2 or not.

Final Round: The Wager Of Death

Both players secretly choose a Savant, predict whether they would be right or wrong on one final question, and then make a wager not to exceed their current total. Unlike Pick Your Pony/Brain, both contestants can pick the same savant in this round. A correct prediction adds the wager to their score while a wrong prediction deducts it. After this round, the player with more money keeps it (even if it's $1) while the losing player gets nothing.