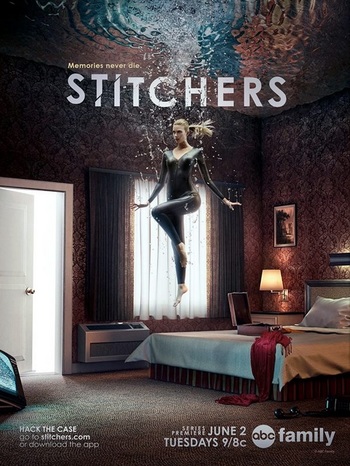 Kirsten: She didn't OD, she was murdered.
Fisher: And how do you know this?
Kirsten: Because we hacked into her brain after she died, and read her memories. It's called "stitching."
Advertisement:

The plot focuses on Kirsten Clark, a college student at Caltech who is recruited into the Stitchers program, a covert government agency that helps solve murders by "stitching" their agents into the consciousness of the deceased, allowing them to view the memories of the dead.

There is also a virtual reality game, Stitchers: Hack the Case.