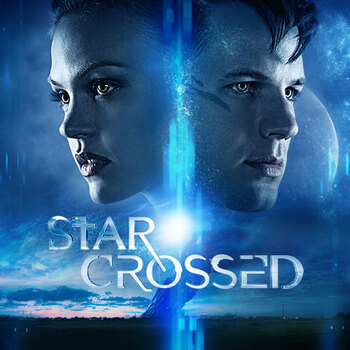 Star-Crossed (formerly known as Oxygen) is a series that aired on the The CW from February-May 2014 about a group of aliens that are sent to a suburban high school. The show stars Aimee Teegarden, Matt Lanter, Grey Damon, Malese Jow, Titus Makin Jr, Natalie Hall, Chelsea Gilligan, Greg Finley, and Brina Palencia.

Although the series has a similar premise to Roswell, it's based on a Spanish format. Unlike Roswell, however, it didn't get renewed for a second season.