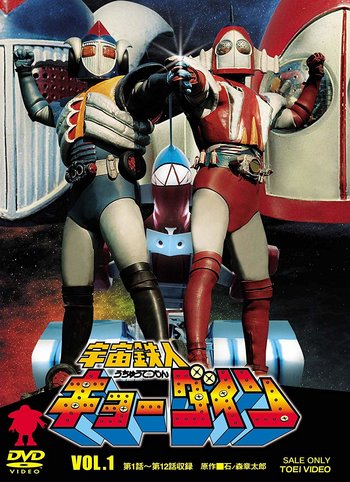 The show was produced as a joint effort of Shotaro Ishinomori and producer Hirayama Tôru from Toei Company.

An alien empire called the "Robot Army Corps" kidnap a human scientist, Dr. Hayama, and two of his three sons. He's forced to improve their technology. He has to go along with them despite being angry and resentful and feeling guilt over it.

One year later when the empire is sufficiently advanced, the Robot Army Corps plan to invade Earth. However, the invasion is surprisingly stopped by two robots. It is revealed that Dr. Hayama programmed the personalities of his two kidnapped sons into those super-powered robots to stop the Robot Army and also to look after his youngest son. His older robot-sons Jouji and Ryuji, now called "Skyzel" ("sky" for sky) and "Granzel" (zel for "ground"), have super strength and can transform into a jet and a car. They try to fulfil their father's wishes and honour his legacy.

Available on YouTube as part of Toei's Tokusatsu World Channel