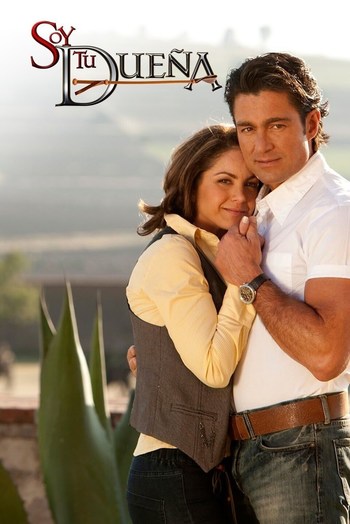 Golondrinas viajeras...
Soy Tu Dueña (I'm The Master) is a Mexican telenovela, interpreted by the actors Lucero and Fernando Colunga, it's based after the venezolan telenovela "La Doña". It talks about a woman named Valentina Villalba who wanted to marry one day with Alonso Peñalvert, but he betrayed her with Ivanna, causing Valentina develop a hatred toward men in general, after that she comes back to her hacienda "Los Cascabeles", where she has to deal with Rosendo Gavilán and her neighbor and future husband José Miguel Montecinos.