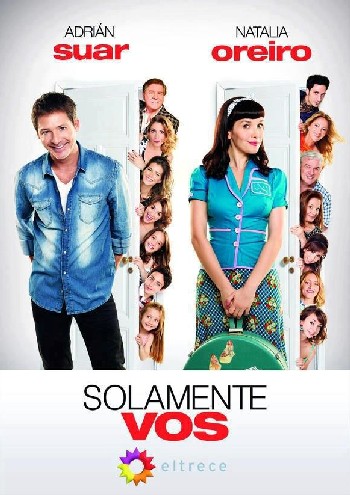 Solamente vos (in Spanish, "Only you") is a 2013 Argentine telenovela, starred by Natalia Oreiro and Adrián Suar.
Advertisement:

Juan Cousteau, a former rock star, is an opera director. His wife Ingrid, "La Polaca", is tired of their marriage and forces him to live somewhere else; but they still have five children. He meets in the hospital a woman named Aurora Andrés, a haircutter. She's the lover of Juan's best friend, Félix Month, who is married with Michelle. Coincidentally, Juan moves to a new apartment that is next to Aurora's, and becomes her neighbour.