"What kind of dream do you think I have?" 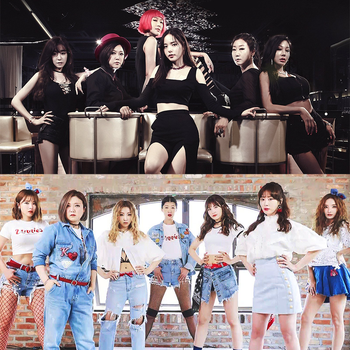 Sister's Slam Dunk (Korean: 언니들의 슬램덩크) is a South Korean variety show produced by KBS Entertainment. The show is notable for being one of the rare all-female variety shows in Korea. The first season focused on fulfilling the dream of each cast member with a limited budget of 2,196,000 won (around $2,000), while the second season was a girl group project.

A girl group named the Unnies was born after Min Hyorin's dream to become a girl group member. The group's producer was Park Jinyoung, one of Korea's most popular singers and the founder of JYP Entertainment. In season 2, the group promoted with new members and a new producer, Kim Hyungsuk.